Jesse Ventura Speaks on "Me & Lee: How I Came to Know,Love and Lose Lee Harvey Oswald"

Jesse Ventura Speaks on "Me & Lee: How I Came to Know,Love and Lose Lee Harvey Oswald"
EXCERPT FROM :
http://www.jesseventura.net/2010/11/20/jesse-ventura-exposes-jfk-deathbed-confession/
JESSE VENTURA SPEAKS TO ALEX JONES ABOUT JUDYTH VARY BAKER'S BOOK,"ME & LEE" -- AND HE DOES A GREAT JOB!
--JESSE BEGINS BY TELLING ALEX JONES ABOUT HIS MEETING OUR MUTUAL FRIEND AND FINE RESEARCHER, JIM MARRS (WHO WROTE THE AFTERWORD FOR ME & LEE) AT THE TEXAS THEATER (OWNED BY HOWARD HUGHES) WHERE LEE WAS ARRESTED--THE WAY JESSE DESCRIBES LEE'S ARREST MAKES IT CRYSTAL CLEAR THAT LEE WAS BETRAYED:
Jesse Ventura: Yep, we talked to Jim right in the theatre and Jim will reveal stuff tonight that’s very interesting, extremely interesting. Well, here’s one interesting thing you got, Alex; food for thought of common sense. Now you’ve just had the murder of the president, little while away you have a murder of a police officer on the street. Now the only phone call made was that someone went into the movie theatre and didn’t buy a ticket. Now if that happened in that sequence of order: the murder of the president, a half hour later the murder of a police officer, and a half hour later somebody doesn’t buy a ticket to go into a theatre. How come nearly 20 cops in 8 or 9 squad cars arrive to arrest a guy who didn’t buy a ticket to the theatre?
Alex Jones: Well, normally, specially in 1963, they would just send in the theatre manager to throw you out or demand you buy a ticket.
Jesse Ventura: Well, not only that, but as a police dispatcher, you got the president murdered out there, you got a police officer shot dead on the street. You’re going to dispatch 20 cops to a movie theatre?
Alex Jones: It shows it was all staged.
Jesse Ventura: It was all staged. I believe that Oswald was supposed to die in the theatre, and I think that’s where the screw up came up. That they were going to get him and kill him there for resisting arrest. And that way they’d do him in there. But something went afoul, I believe, and they had to then take him into custody and then, of course, they then had to get Ruby to kill him. By the way, there’s a phenomenal new book on it out, Alex, I don’t know if you know about it. Have you heard of Judyth Vary Baker?
Alex Jones: Yes. 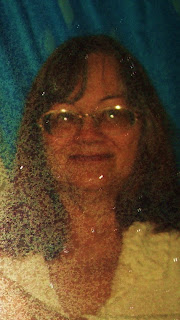 Jesse Ventura: Well, I just read her book. She was in all the banks of New Orleans prior to him going to Dallas everyday. The entire Jim Garrison Case becomes crystal clear. This was Oswald’s mistress, and she knows more than Marina would ever know, because that’s one of the keys to the mystery. Oswald was already estranged from Marina for months prior to the killing.
Alex Jones: Amazing.
Jesse Ventura: He was having an affair with this woman and she herself was involved in the whole thing. Oswald clearly was a CIA agent and a FBI informant, because he was working on a project with this woman, with David Ferrie, with Ochsner of the famous Ochsner Cancer Clinic down in Tulane... They were attempting to create a fast moving cancer with which to assassinate Castro.
Alex Jones: And now they’ve put it in the vaccines.
Jesse Ventura: But that’s the behind-the-story of who Lee Harvey Oswald was. Why do you think, Alex, they had to take all information on Oswald and lock it up in the national archives because of national security?
Alex Jones: Oh, absolutely. I mean, why do you think he’s out at secret U-2 spy plane base in Japan, is allowed to go to Russia, and allowed to defect back and then just left alone and not thrown in Irons. I mean, this guy …
Jesse Ventura: If you read this book by Judyth Vary Baker, she wrote the book, she’s in hiding, she’s in Europe right now, and she’s been in hiding. You know how she hid out all these years? She became a Mormon and Mormons have kind of close knit communities of protection. 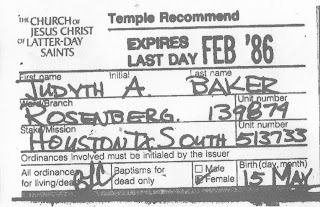 And that’s how she … David Ferrie warned her, “If you want to live, you better go underground”, and she did. Her husband didn’t know about this, her children didn’t, and it’s all documented in this book. It’s just thrilling to read this thing.
Alex Jones: Well, I want to get her on that show, I’ve been meaning to do that.
Jesse Ventura: You can’t get her, she’s in Europe and she won’t come here because of fear for her life even today.
===Note to readers: some say I CHOOSE to live in exile. Fact is, after five trips to hospitals and two attempts to return to America, I sought political asylum in Europe after a final major threat to my life, and my family and friends --donations helping--have kept me safe since July, 2007, in undisclosed locations. I use borrowed computers and am glad to get 'care packages' --TERRIBLY MISS my family and friends in America!===
And in the book, though, remember when Oswald worked at the Reily Coffee Company?
Alex Jones: Yes.
Jesse Ventura: She was likewise hired there, that was both under the guise of working for Dr. Ochsner, Oswald could move about freely because she did his timecards every day. And in the book, she shows you the timecards with her initials at the bottom, it’s all true, and it’s all documented. She has it all. Oswald was a government agent.
Posted by Judyth Vary Baker at 16:20 1 comment:

JESSE VENTURA: "ME & LEE" IS HIS 2nd FAVORITE CONSPIRACY BOOK

In its April 22 edition, The Week magazine ask former Gov. Jesse Ventura about his favorite books about conspiracies. He lists six:

"JFK and the Unspeakable" by James W. Douglass (Touchstone, $17). The best recent book about the murder of John F. Kennedy, which connects a great many dots we didn’t know about — including the fact that JFK and Nikita Khrushchev were communicating via back channels, including through Pope John XXIII, about ending the Cold War within five years.

"Me & Lee" by Judyth Vary Baker (Trine Day, $25). It was stunning to learn that Lee Harvey Oswald had a mistress. Her book shows beyond any doubt that he was clearly a government agent — because when Oswald was away on a mission in early 1963, Baker punched his time card at work every day!

"The Secret Team" by L. Fletcher Prouty (Skyhorse, $17). This book is tremendous because Col. Prouty, who worked for special operations forces under JFK’s Joint Chiefs of Staff, reveals who really runs our government. These are the high-level bureaucrats who remain while administrations come and go, and run amok without our elected officials knowing what’s happening.

"The New Pearl Harbor Revisited" by David Ray Griffin (Olive Branch, $20). A phenom­­­enal, scholarly book that debunks the official story about 9/11 with a whole lot of facts that haven’t been brought out into the public domain. That includes how the Twin Towers were brought down by a controlled demolition, and much documentation that the mainstream media won’t touch.

"Helter Skelter" by Vincent Bugliosi (Norton, $15). This story of Charles Manson and the Manson Family murders is the most widely read true-crime book in history. I’ve read it seven times, and something new always pops out. If I get bored, I can always pick up "Helter Skelter." It’ll suck you in like a vacuum cleaner.

"Life" by Keith Richards (Little Brown, $30). Okay, this one has nothing to do with conspiracies, but it’s one of my favorite reads of late. I’ve been listening to the Rolling Stones since I was a young teenager, and in Keith’s autobiography, his great sense of humor comes across. He’s a true rock ’n’ roll survivor.


You can read the original article HERE.

Note that 'early 1963' means May, 1963. Lee would clock in late because until classes let out for the summer, Lee was working mostly with Guy Banister on college campuses. The mission was to ferret out radical liberal students who supported integration, whom Banister called potential troublemakers. This work was being done for the FBI, though this has never been mentioned in any literature. Dr.Michael Kurtz has written how he and his friends witnessed Lee's presence with Banister at such meetings. Lee gave Banister that "college student is with him" impression that made it possible to bring Banister into contact with students.
I had to stay late and clock Lee out those afternoons when he was unable to do so himself.

As seen on Lee's time cards, he suddenly begins arriving at Reily's to work earlier by early June. Why? College classes are out for the summer, and Banister's mission to smoke out radical students was finished. By the way, the term "smoke out" was used by Lee, as was the term "ferret out." Much of Lee's work in New Orleans,as the book Me & Lee makes clear, was uncovering pro-Castro infiltrators and spies in this important port-of-entry that was burgeoning with Cuban exiles.
At least three nearby training camps existed where private individuals and, in one case, the CIA, were training Cuban exiles to fight against Fidel Castro.

Posted by Judyth Vary Baker at 07:23 No comments:

Your best source of information with newest information.
Posted by Judyth Vary Baker at 13:27 No comments:

Delphine Riberts, Banister's secretary, told a witness on the film that Lee was in Banister's office, which I can also verify.

Listen to what Garrison says about who was involved to kill Kennedy....Garrison describes Lee as an agent penetrating the right-wing organizations involved. "Oswald had been placed [at Reily's]..." he tells the interviewer. See the buildings as they looked when Lee and I were there.

The death of Eladio deValle on the same day Ferrie died is also shown.